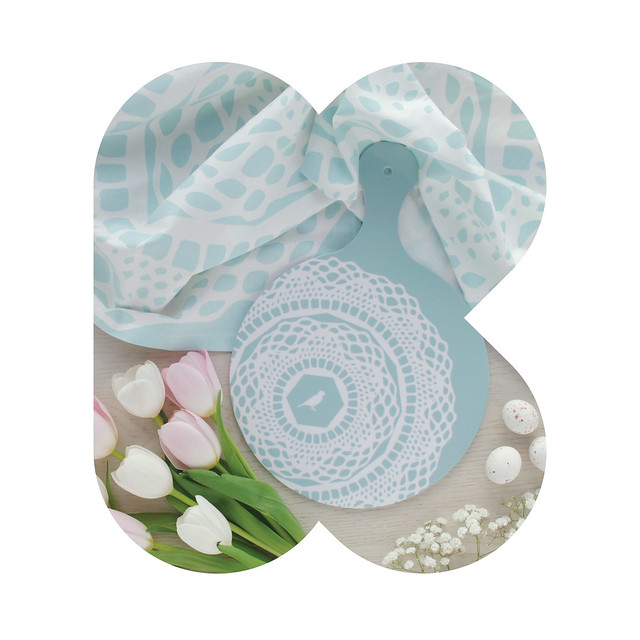 Yesterday I shared with you my new homeware brand Torie Jayne Design and how I will be launching it this Saturday (31st March 2018) on Kickstarter. So today I wanted to share a little more information about Kickstarter...

What is Kickstarter?
Kickstarter PBC is a funding platform for creative projects. Everything from films, games, and music to art, design, and technology. Kickstarter is full of ambitious, innovative, and imaginative ideas that are brought to life through the direct support of others.

Everything on Kickstarter must be a project with a clear goal, like making an album, a book, or a work of art. A project will eventually be completed, and something will be produced by it.

How does Kickstarter work?
Thousands of creative projects are funding on Kickstarter at any given moment. Each project is independently created and crafted by the person behind it. The filmmakers, musicians, artists, and designers you see on Kickstarter have complete control and responsibility over their projects. They spend weeks building their project pages, shooting their videos, and brainstorming what rewards to offer backers. When they're ready, creators launch their project and share it with their community.

Every project creator sets their project's funding goal and deadline. If people like the project, they can pledge money to make it happen. If the project succeeds in reaching its funding goal, all backers' credit cards are charged when time expires. If the project falls short, no one is charged. Funding on Kickstarter is all-or-nothing.

What are the basics?
A project is a finite work with a clear goal that you’d like to bring to life. Think albums, books, or films (or in my case a new homeware brand!)
The funding goal is the amount of money that a creator needs to complete their project.

Funding on Kickstarter is all-or-nothing. No one will be charged for a pledge towards a project unless it reaches its funding goal. This way, creators always have the budget they scoped out before moving forward.

A creator is the person or team behind the project idea, working to bring it to life. (That's me Torie Jayne!)

Backers are folks who pledge money to join creators in bringing projects to life. (That's you lovely readers!)

Rewards are a creator's chance to share a piece of their project with their backer community. Typically, these are one-of-a-kind experiences, limited editions, or copies of the creative work being produced. (In my case the rewards are actual products from the first Torie Jayne Design Homeware collection)

Why is funding all-or-nothing?
All-or-nothing funding is a core part of Kickstarter and has a number of advantages:
It's less risk for everyone. If a project doesn’t reach its funding goal, creators will not be expected to complete their project without the funds necessary to do so, and backers will not be charged.

It motivates. Adding a sense of urgency motivates your community to spread the word and rally behind your project. (That's where I need your help!)

It works. Of the projects that have reached 60% of their funding goal, 98% were successfully funded. We find that projects either realize and surpass their goal, or they never fully take off.

Why do people back projects?
Many backers are rallying around their friends' projects. Some are supporting a new effort from someone they've long admired. Some are just inspired by a new idea, while others are motivated to pledge by a project's rewards — a copy of what's being produced, a limited edition, or a custom experience related to the project. I hope you love the Torie Jayne Design products enough that you want to own them!

Backing a project is more than just pledging funds to a creator. It's pledging your support to a creative idea that you want to see exist in the world.

Where do backers come from?
The majority of initial funding usually comes from the fans and friends of each project. (That's you) If they like it, they'll spread the word to their friends, and so on. ( I hope you will love it and want to share) Press, blogs, Twitter, Facebook, and Kickstarter itself are also big sources of traffic and pledges. Altogether, millions of people visit Kickstarter every week.

What do backers get in return?
Backers that support a project on Kickstarter get an inside look at the creative process, and help that project come to life. They also get to choose from a variety of unique rewards offered by the project creator. Rewards vary from project to project, but often include a copy of what is being produced (CD, DVD, book, etc.) or an experience unique to the project. In return for backing my project you will receive Torie Jayne Design products of your choosing.

To find out more about Kickstarter check out the website.

Stay tuned to find out more about my upcoming Kickstarter launch!

Hello! I am Torie Jayne. This is my blog about all things pretty and creative, from shabby chic interiors to gluten-free baking, via decorative crafts and stylish boutiques. 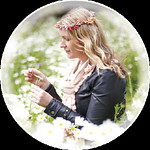 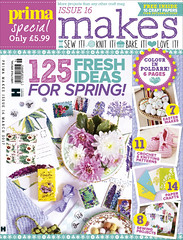 I am delighted to share with you today the new issue of Prima Makes that includes two projects... 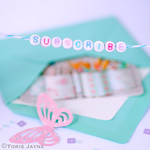